This is the so-called “blueprint” (the structure, the “emotional road map”). I know, it is VERY compacted and seems to be difficult to understand…

Please forgive me, but that was the only way to fit it on one single page.

However,  good news is that I have divided it into its individual components on the following pages so you get to discover all the details of it. The interaction of the VERY SIMPLE organizing principles will become apparent as well as the necessary paradigm shift!

Growth is the principle of life. Anything that doesn’t grow is dead. Therefore we can only grow if we develop with reference to the whole. For an olive tree it only takes one olive! In relationships there exists no “Right – Wrong” but a “Right – not (yet) right”. This is a crucial difference.

Let’s now let go of our egos for a while and look at the space that all connects us. There, within the relationships, in "menschkeit" (the space between a handshake) lies the source for all good, real and beautiful (see enclosure). 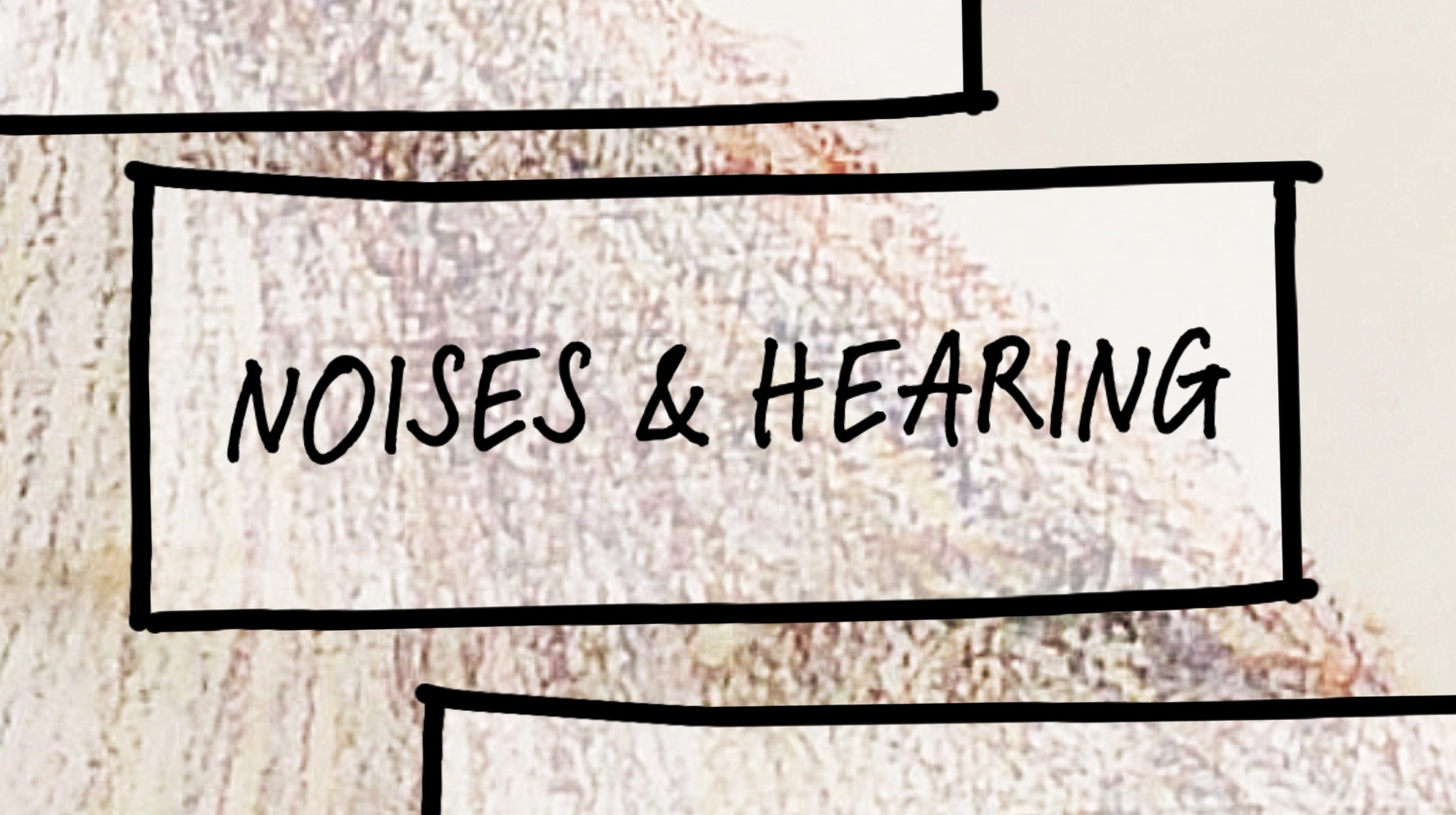 The most dominant, most precise and strongest sensory organ of men is the auditory sense! It includes an audible rage of at least 10 octaves, while the human eye in comparison only sees a spectrum of about 1 octave. The ear can hear 360 degrees, up and down; even when we are sleeping. We do trust the ear and literally “blindly”! That is why noises and sounds are and stay our first and most intensive communication medium because they do enliven not only us but also the space between us (relationships) and cause it to resonate. The emotional rooting of men in live takes place via moods (let’s think about how for example sounds of the sea or the woods, wind, rain, thunder, detonations, shots, clinks or screeching immediately define basic emotional states.). 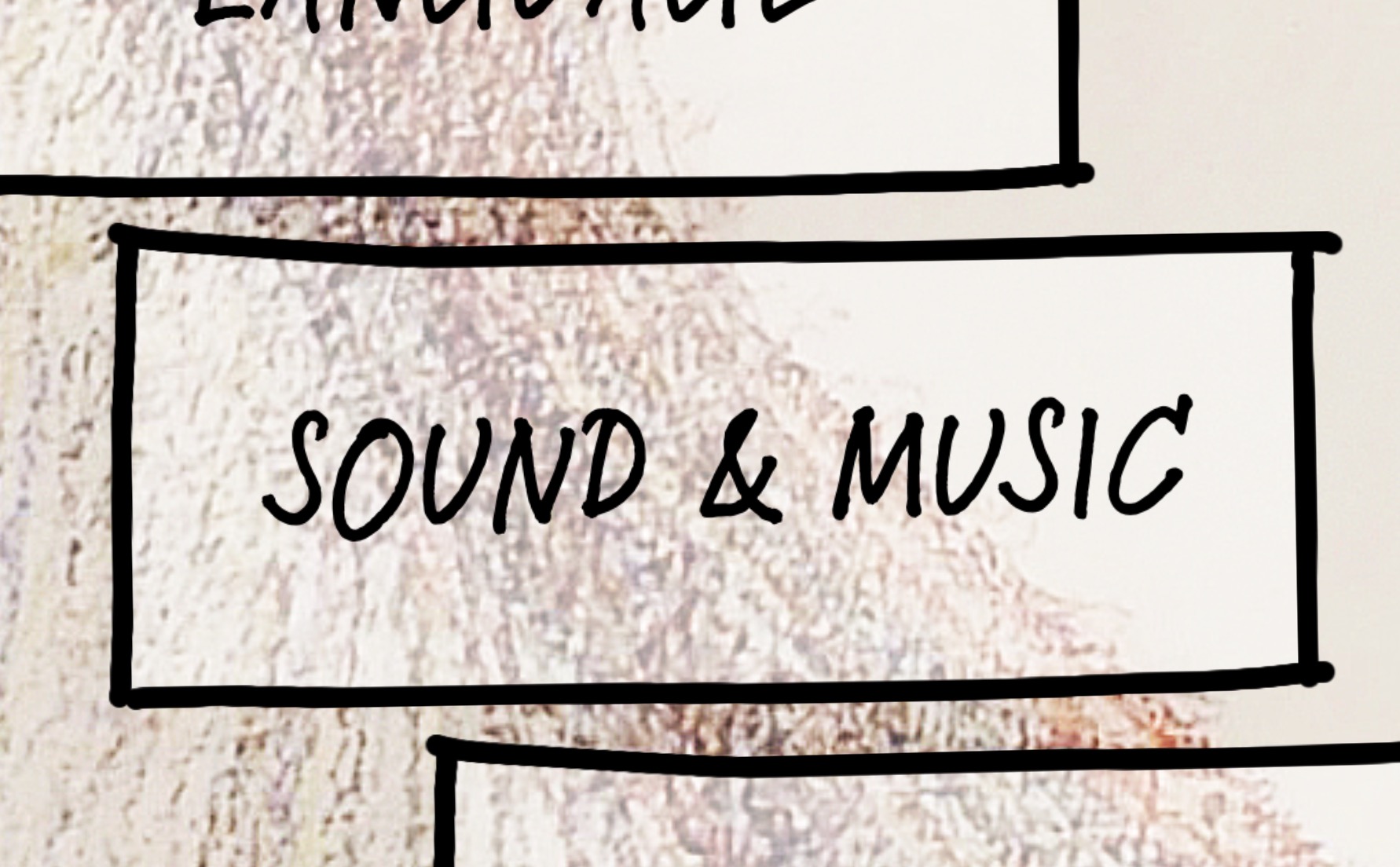 With tones and music we have come to the purest form of direct, emotional guidance. Nothing in the world can take on with tones and/or music in terms of enthusiasm, passion, learning, growth, joy, motivation, fulfillment or permanent contentment(and this applies for all living beings)!
We only need to think of a child’s laughter, hymns, mantra supplications, a Muezzin’s singing, film music or the voice of a beloved person in this connection.
Tones and music are the only “tool” which sooner or later really reaches every human in this world. Everyone in its “own” way. 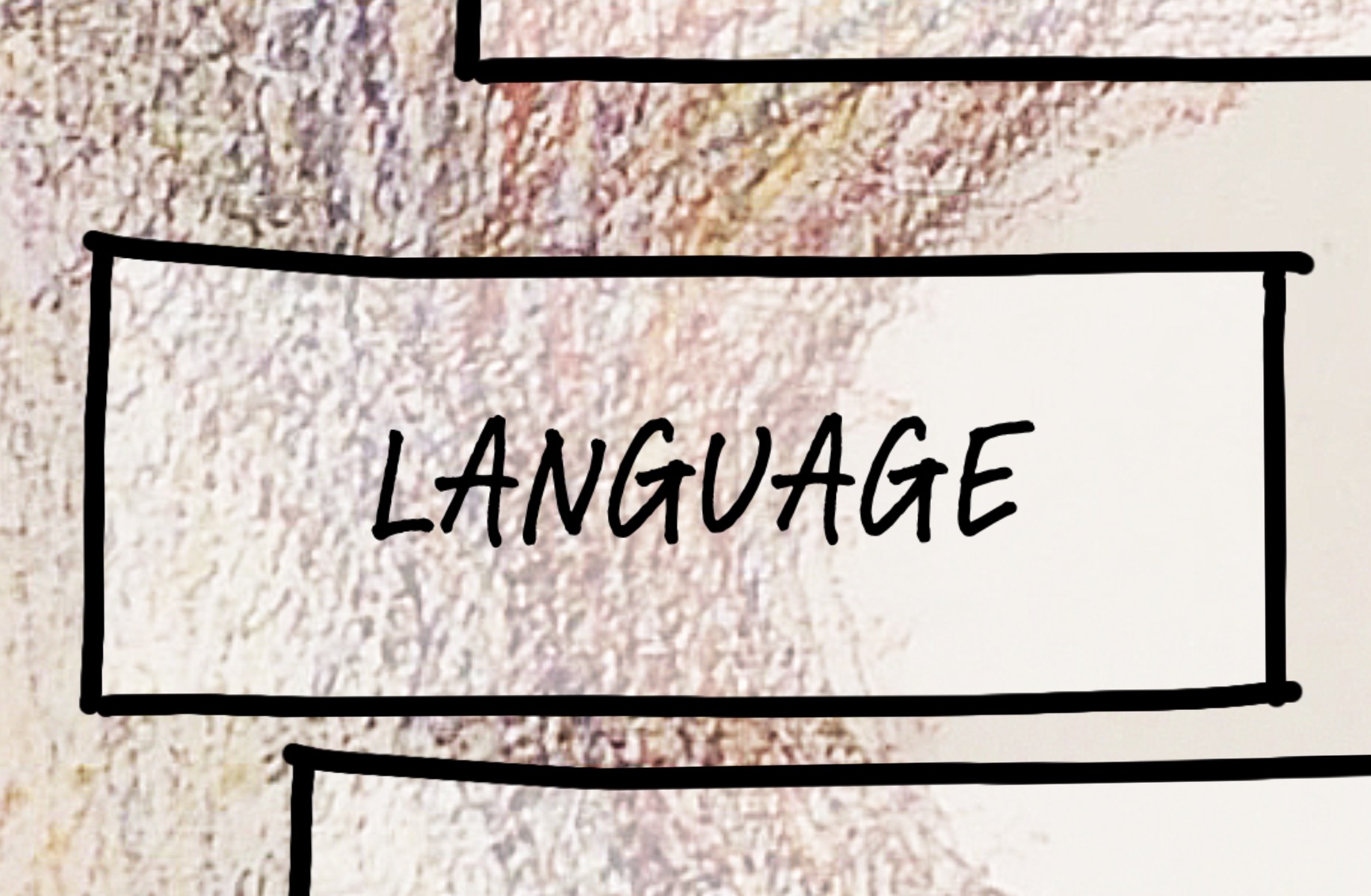 Via language the human cerebrum patches in. The flowing emotions of sounds and music seemingly “solidify” to facts. The fact that this can’t be all just like this is known to the science at the latest since the 1970’s. When people talk to each other, the content (the language) only convinces 10%. While the residual 90 % are shared by the “voice” and “body language” (the first scientific study to this topic has been published 1971 by Mehrabian)! 90 (ninety) percent (!) in a daily talk has nothing to do with its content! We should turn towards this disregarded and at the moment random 90 % when it comes to “Learning languages”, the “design” of our existences and the future of Europe!

So if it is the language that roots us emotionally it therefore carries our self-image, like a tree trunk the treetop. In one direction the self-image turns via language into an indicator for relational abilities within the environment; and in the other direction the self-image determines, what and how much we are willing to bring into these relationships.
Of course will a person only participate only in situations where he sees not only “perspectives” but also a “sense” of it. (see enclosure “Florentina’s law”). 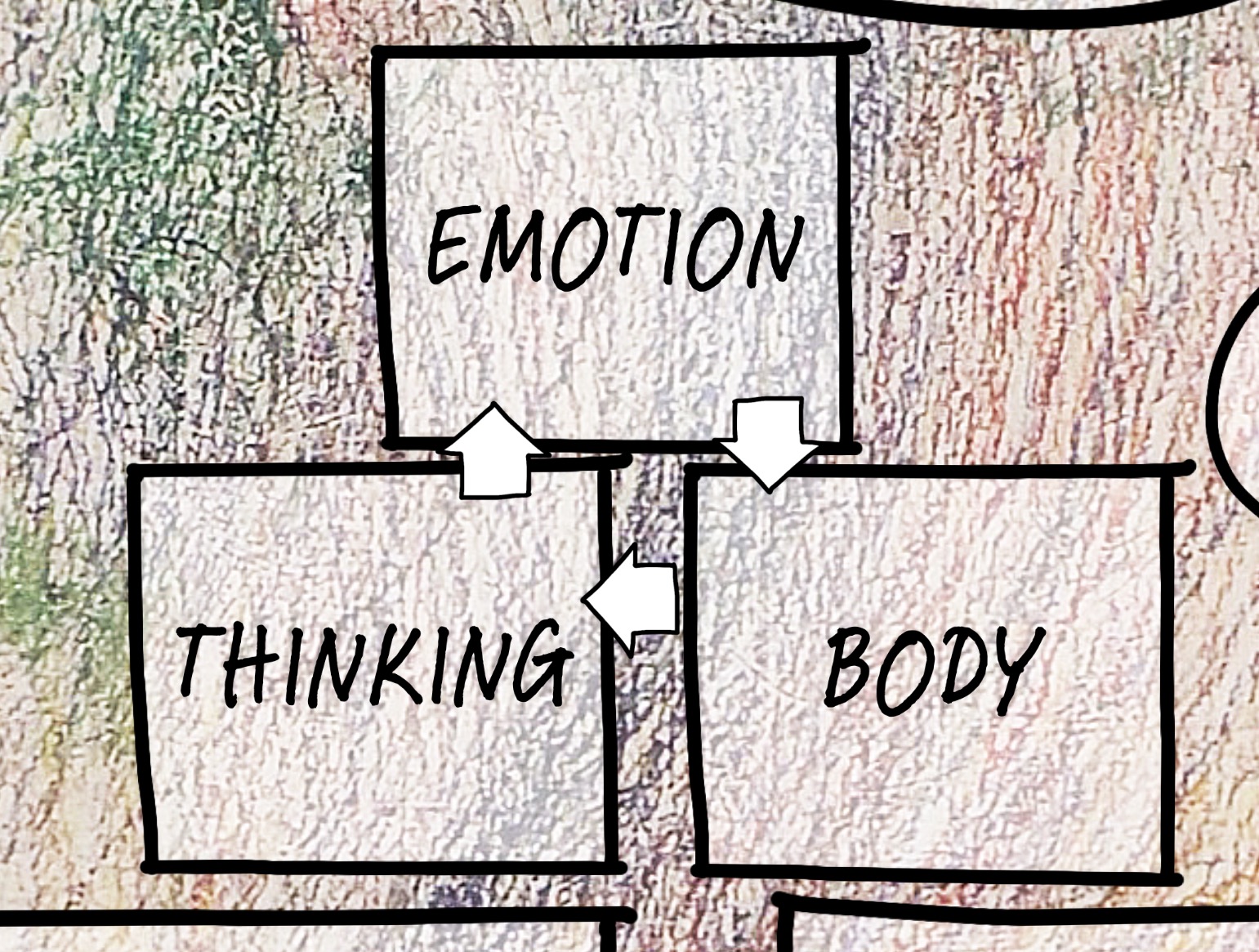 Growth, learning or real changes take place only then when they manifest in a playful way in thinking and emotions as well as the body. Then the changed, intended behavior anchors in the self-image.

The interaction of these three columns leads us to the existing, automatic triggers, that strengthen or block us “in case of emergency” (see enclosure “mymozartScan- blueprint”). 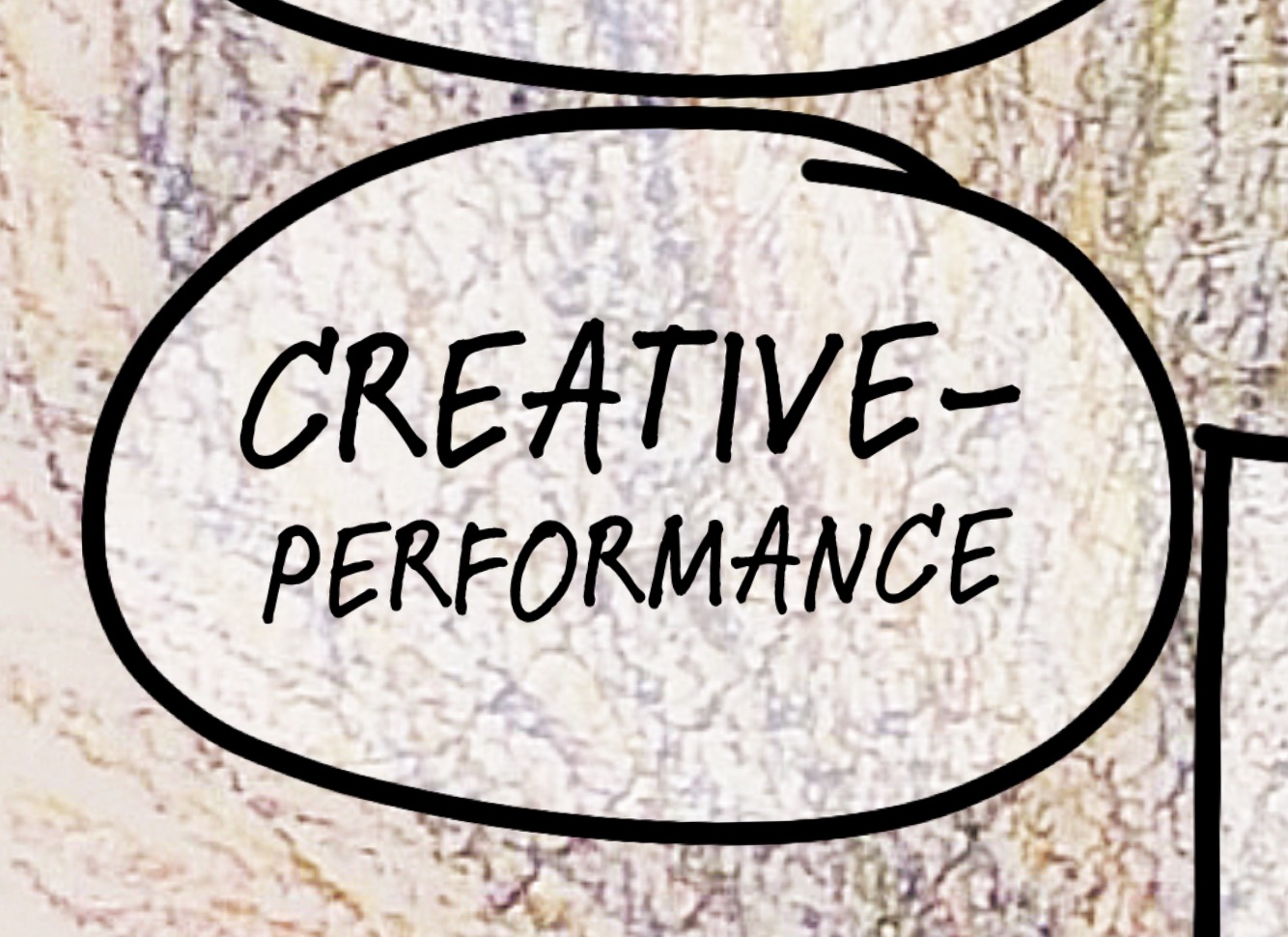 Everything we do is lead by a (conscious or unconscious) preliminary thought. Therefore our actions cannot be wiser than our thoughts! That means that every achievement, every invention, service, every item, every technology – so to say really everything that exists – has at some point had its roots in a  “sensed thought” of a human.

This makes clear why our actual fundamental idea of macroeconomics respectively business management: “The splitting up of limited resources to unlimited needs” – won’t take us far anymore!

NANA-Project focusses exclusively on the creative potential of its users whose activation and goal-oriented application stands in relation with the generality = “Creative-Performance”.

Key word is “relation” which is here understood as free of any negativism and the judging of others. This brings a paradigm shift from “competition” – which is always interpreted as a threat by the human nerve system and therefore leads to reactions of preventions- to “growth” – which is always interpreted as sense of achievement by the human nervous system (see enclosure “mymozartScan- blueprint”, “creative-performance-matrix”).

Creative-Performance determines:
- what a resource is
- how much is available of one resource
- the communication and dissemination
- the market (supply) and demand
- the price and the value
- the future potential 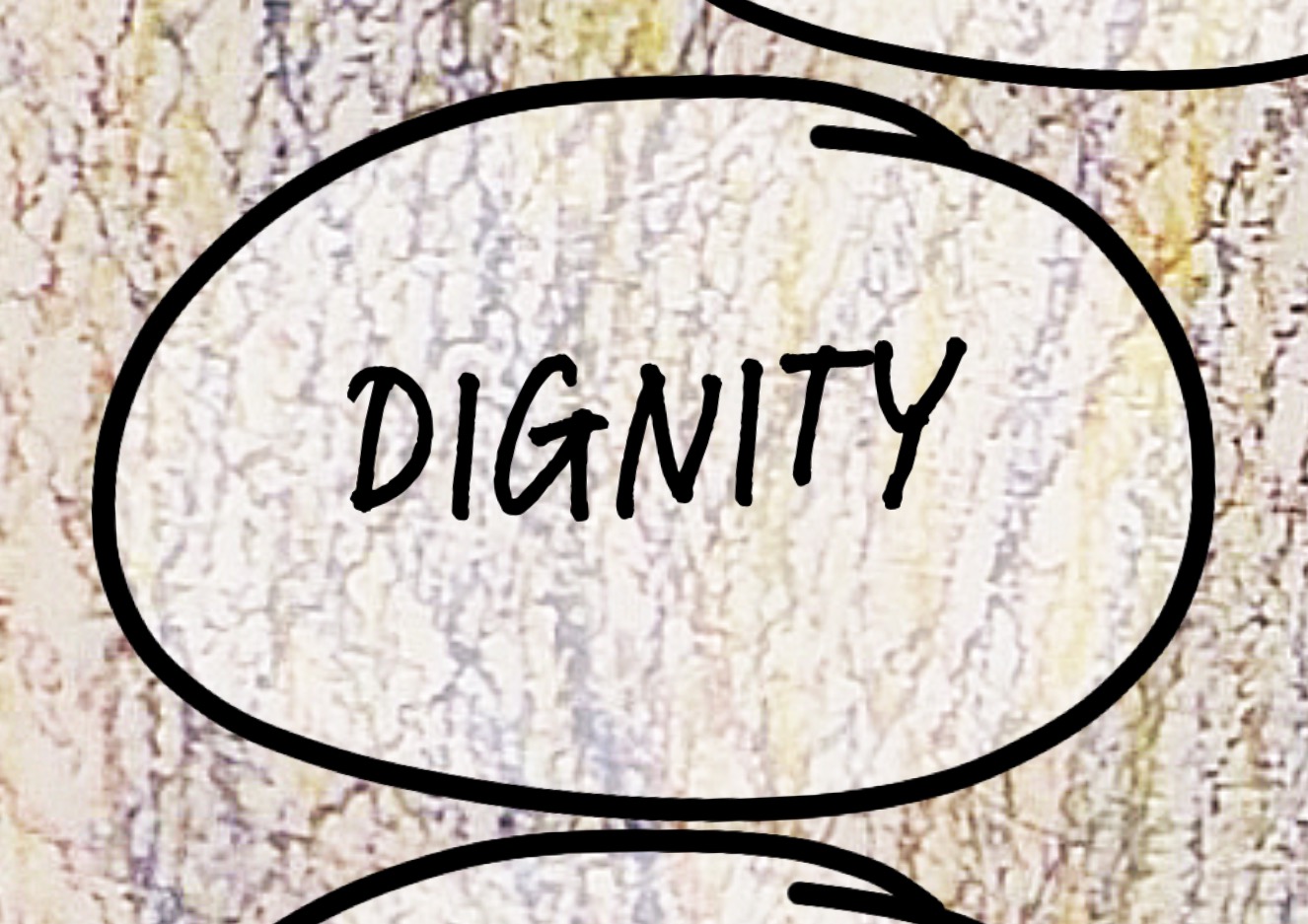 When saying “dignity” we mean to address the stability of the already in the womb existing, apparent opposites “Connectedness-to-the-environment” and “Individual greatness”. This happens in relationships (also from a neurobiological point of view) only through an affectionate and respectful interaction (see enclosure “creative-performance-matrix”). 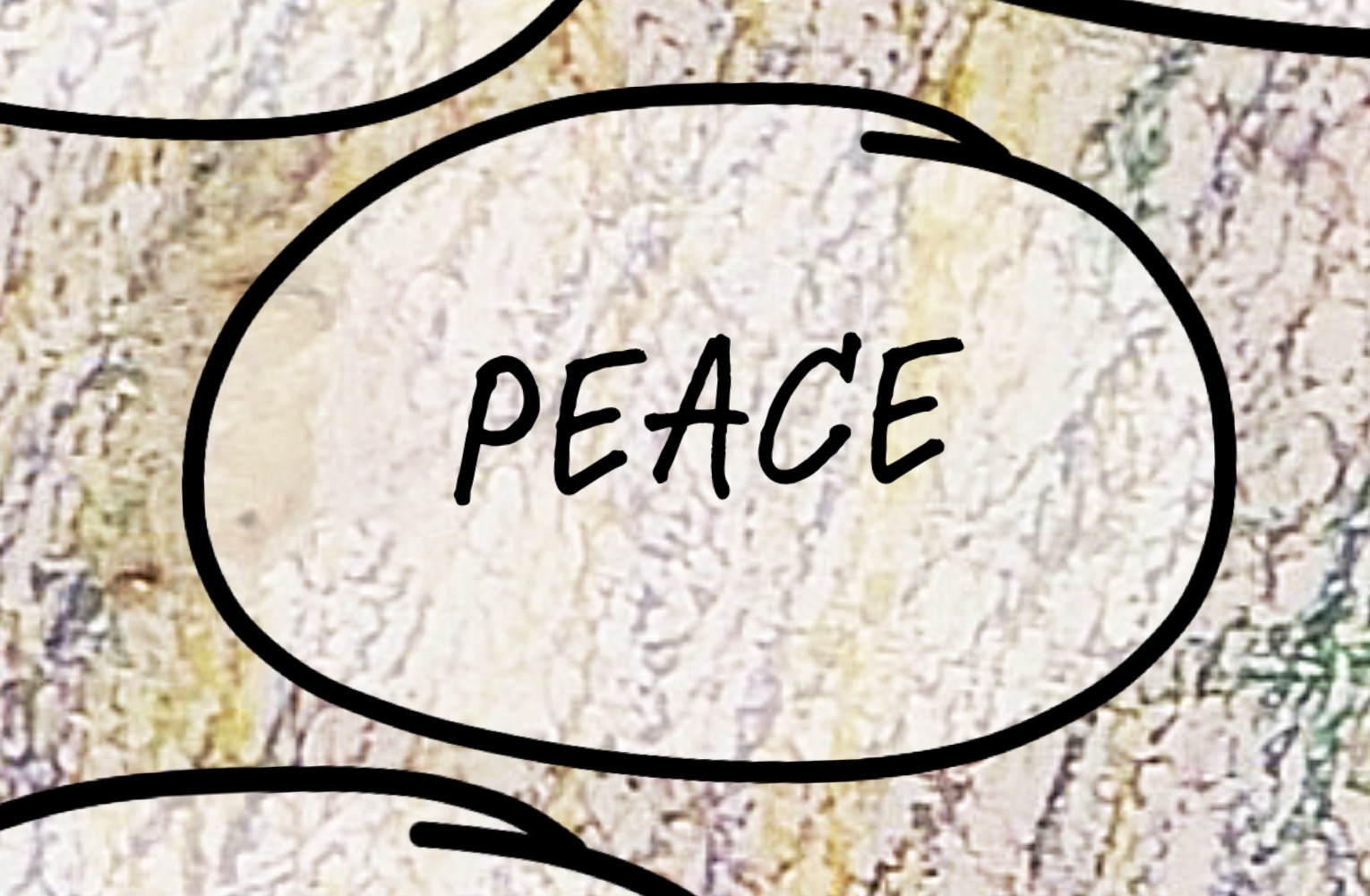 From a cherry pit can grow a cherry tree (never will you be able to get a tree into the pit though)! And the plant doesn’t miss a single opportunity to grow towards the light. It never fights the darkness; it only does not grow towards where there is darkness! And finally the pit has turned into a tree.
Also “peace” can only grow from a human individually. It can’t be forced and it can’t be fought for (see enclosure: “mymozartScan- blueprint”, “creative-performance-matrix”).

“Every sensed thought has the effort to become real!” NANA-project shows users a way to become a tool of peace. 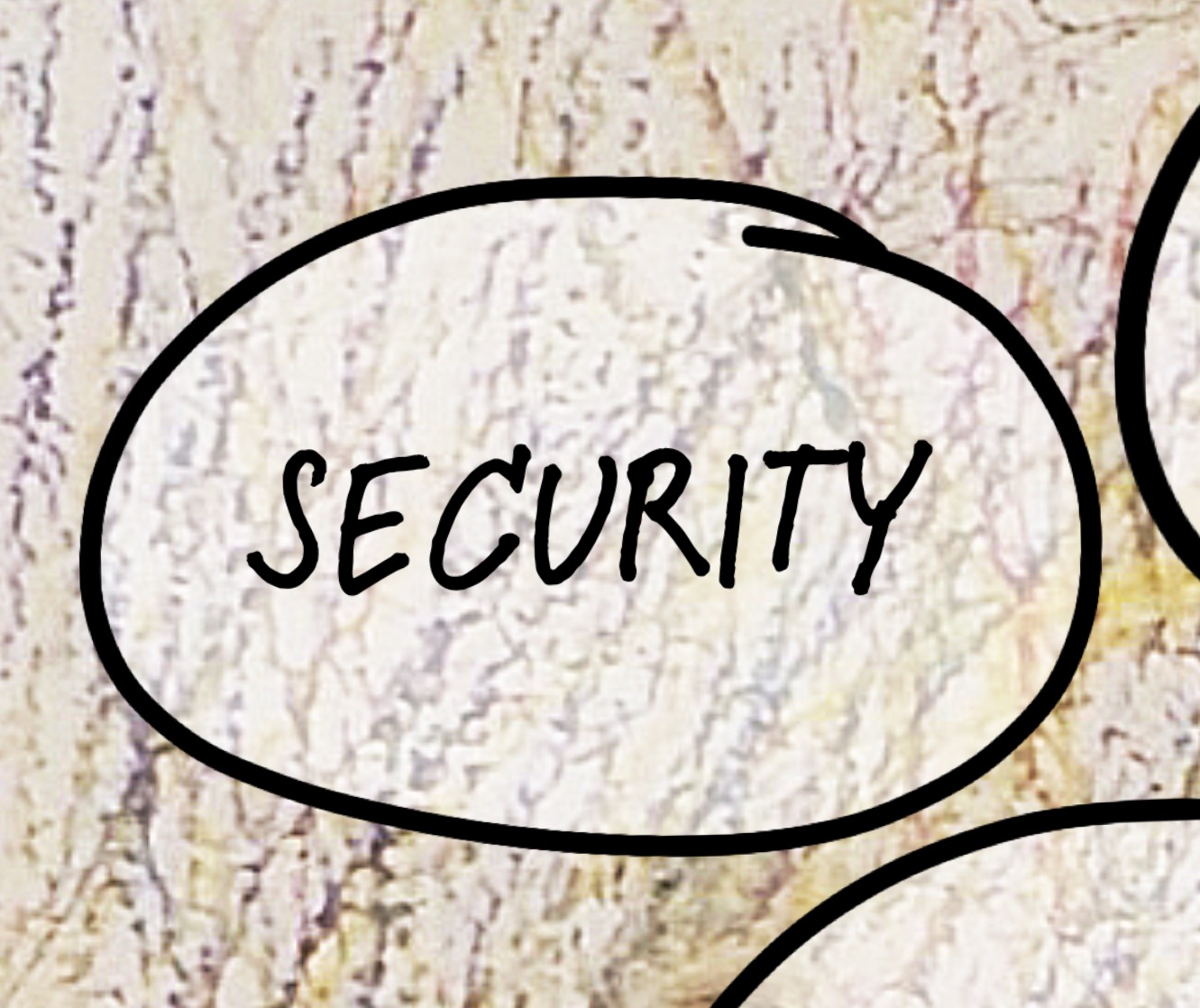 The ear measures – the eye estimates.

A human trusts primarily these emotions that are being caused by acoustic signals. “Security” is one of the six “emotional basic elements” which forms together with its counterpart “variety” the first level of the “Creative-Performance-Matrix”. (see enclosure)

The “emotional basic elements“ are so to say the labels for emotional states in the head. These emotional states can be activated through acoustic perception AND acoustic imagination. Crucial here is that it only fulfills us what arises within us and is emotionally being sent towards the outside = “emotional directions” (see enclosure: “mymozartScan-blueprint”). 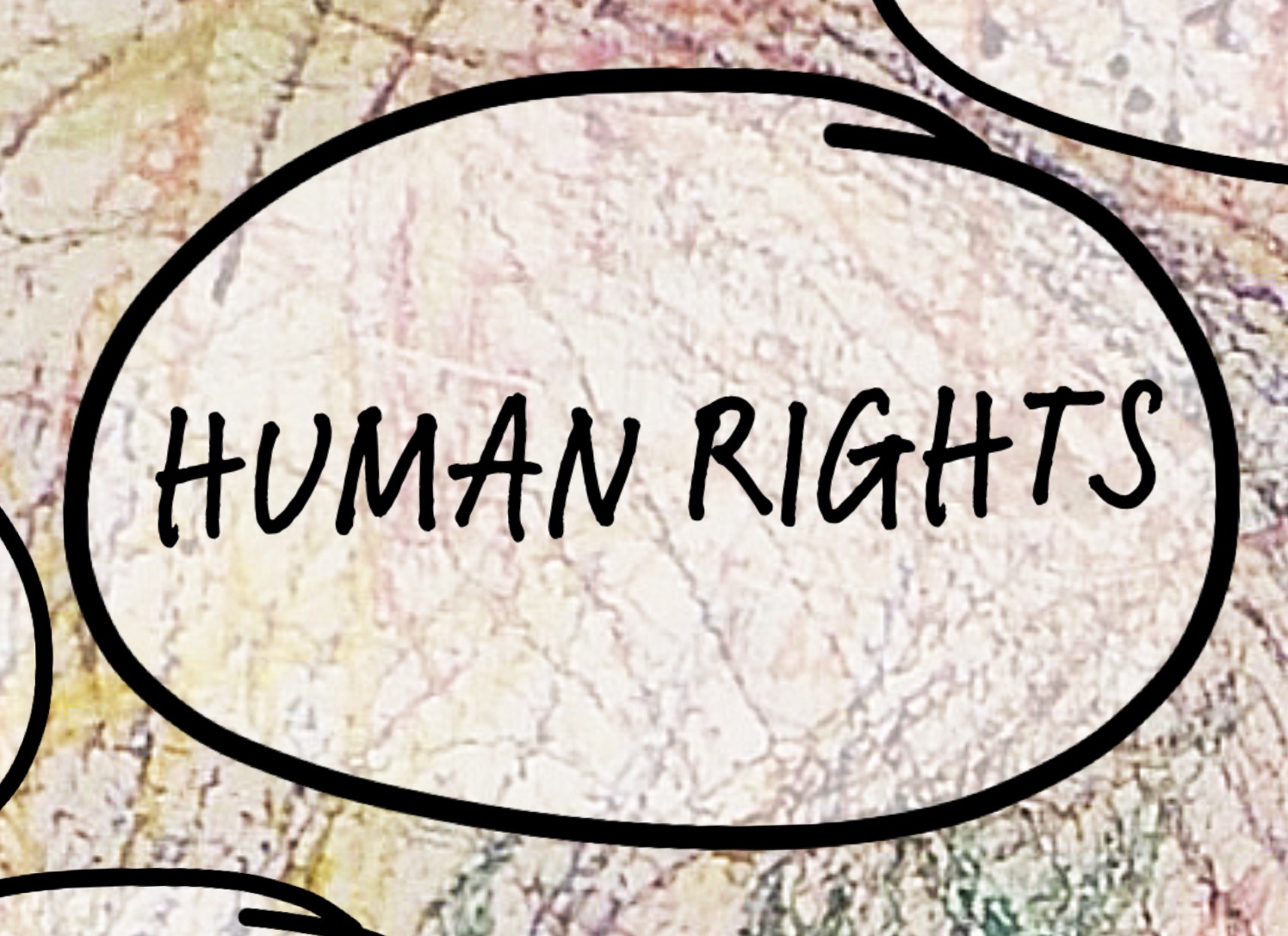 It becomes clear, therefore, that understanding and implementing human rights can never happen passively but are only possible ACTIVELY!
Music as an analogy – consisting of the components rhythm (the structure/the plan), harmony (the shell construction/the implementation) and melody (the appearance/the refinement) – clarify the resultant vacuum within society and transports naturally and in a playful way all contents – even without any apocalyptic style! 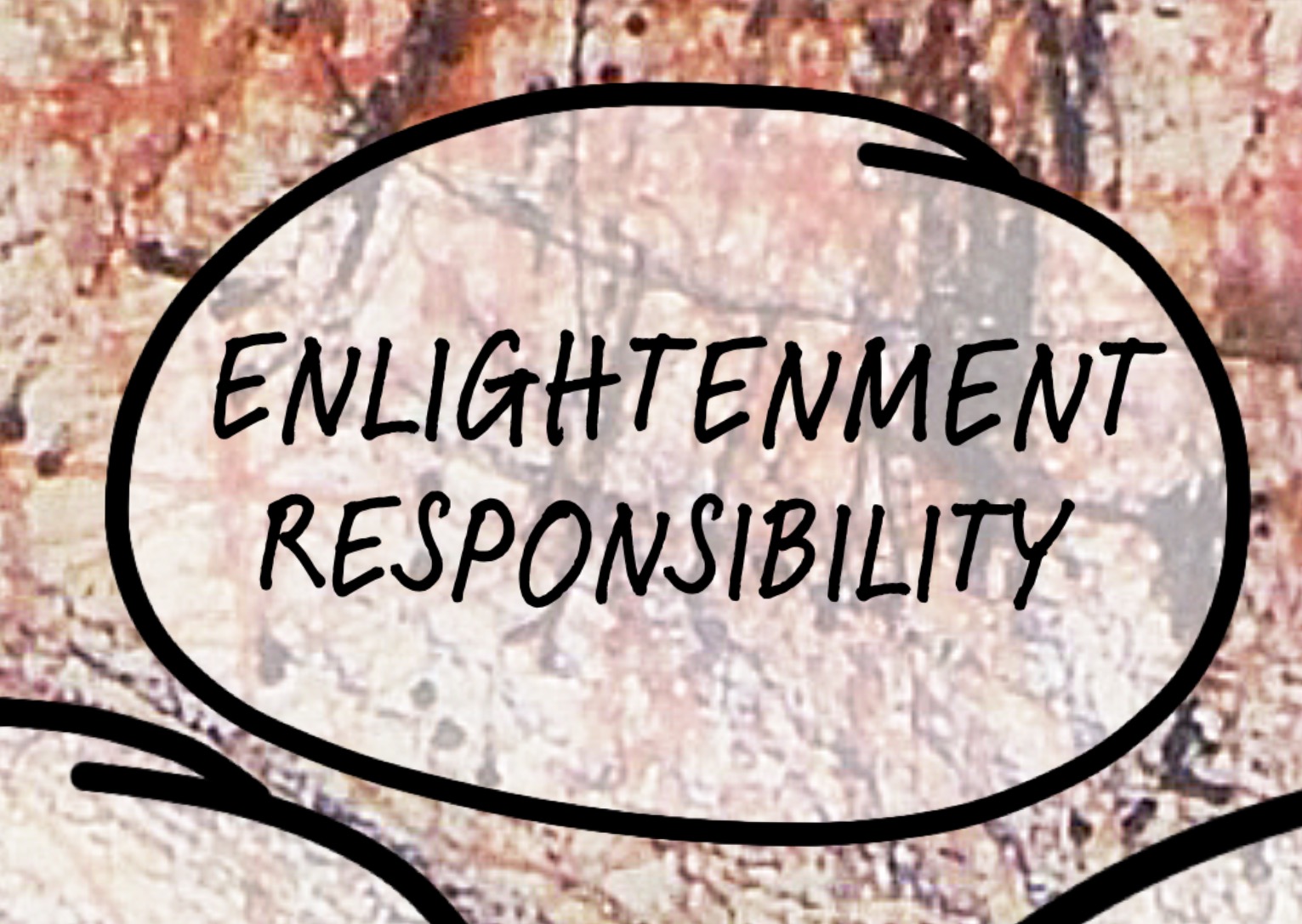 “Enlightenment is man's emergence from his self-incurred immaturity. Immaturity is the inability to use one's own understanding without the guidance of another. This immaturity is self-incurred if its cause is not lack of understanding, but lack of resolution and courage to use it without the guidance of another. “(Immanuel Kant, 1784)

This makes a human develop from “unconscious incompetency” to “conscious competency” or in other words out of “dependence” into “freedom”. (see enclosure: “mymozartScan-blueprint”). 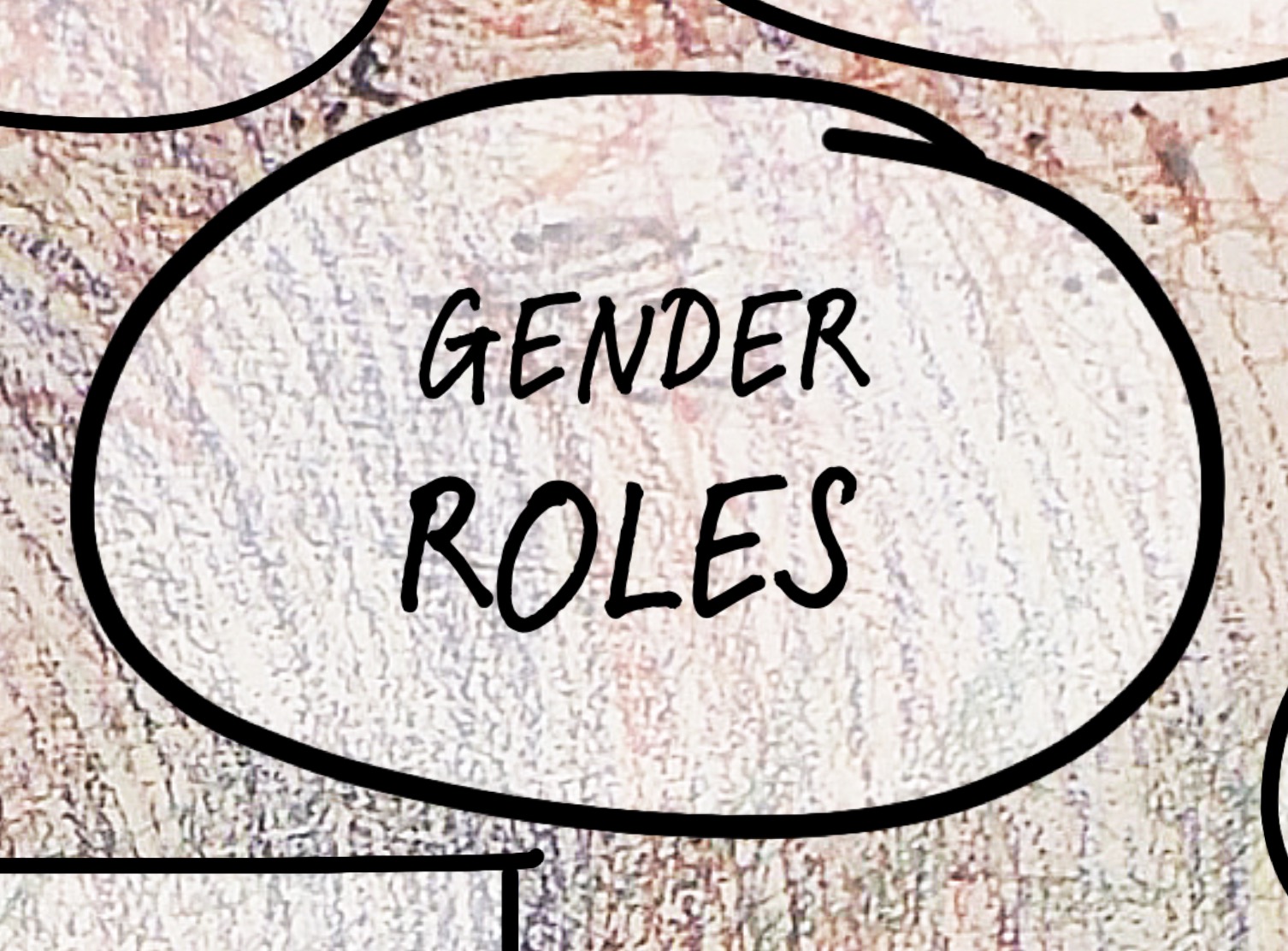 “Slavery is, the strictest sense of the term, any system in which principles of property law are applied to people, allowing individuals to own, buy and sell other individuals, as a de jure form of property. “(Wikipedia)

NANA-PROJECT works on the topic “gender roles” as counterparts to “battle of the sexes” or just “battle”.
In sense of the emotional directions it has to be made clear as a starting point to novices in this particular topic that violence and/or property claims among humans, no matter what gender, are in any case problematic for enlightened Europeans.
In this case it also holds that we can reconcile genetically designed connectedness with genetically designed greatness! This will turn destructive pursuit of dominance and competition into constructive growth (see enclosure “creative-performance-matrix” and “mymozartScan-blueprint”). 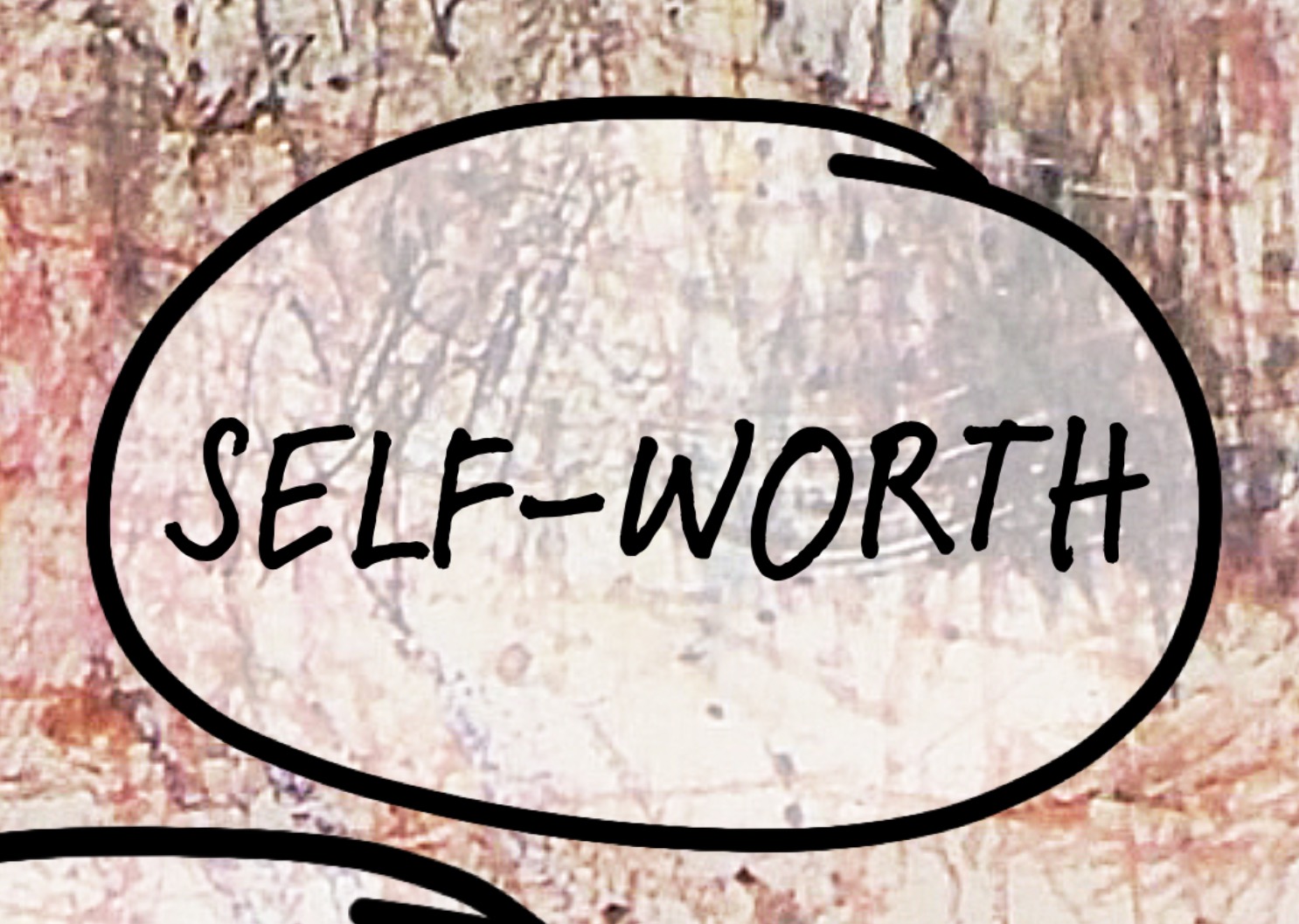 The human is the only living being in the world that can eradicate itself. We are also the only ones that engage consciously in acts of war where we possibly might take damage (apart from some individual chimpanzee-populations that are also capable of doing that).
Our primary goal therefore has to be to strengthen the self-esteem of EVERYONE so that we can leave the self-esteem of others untouched without any fear!
It’s mainly about the reference to the big whole. If in nature a cell group loses this reference, it only grows “on its own account” and therefore kills the host and in the same instant itself.
Only with intact self-images we can define a common denominator in Europe (see enclosure “creative-performance-matrix”)! 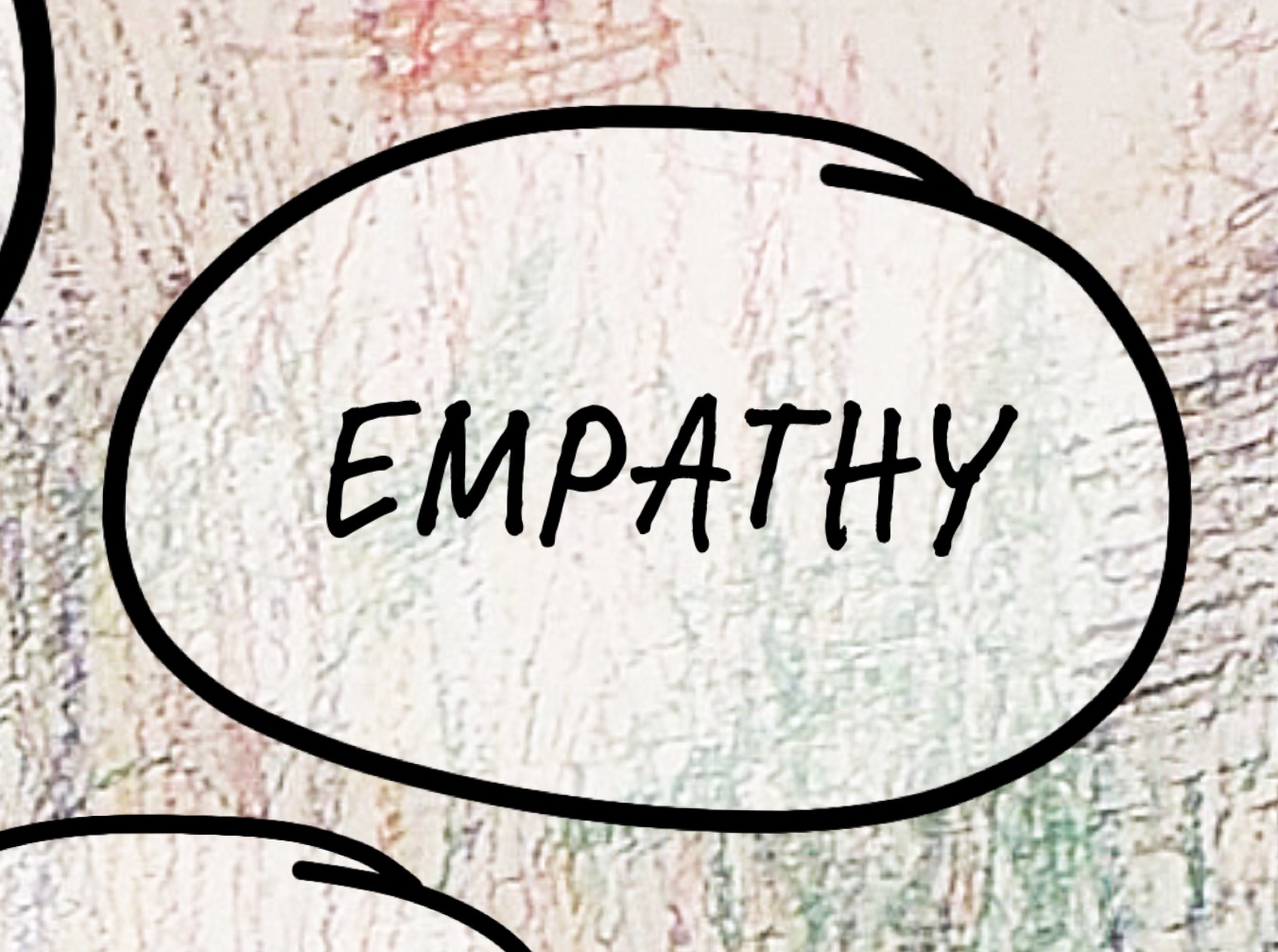 No tree is as stupid as to let its branches fight against each other. When it comes to humans though it has only little to do with intelligence. We like to be subject to the “illusion of the individual”, so believe that we are not connected at all, which contradicts our genomic imprinting though - (see enclosure “mymozartScan-blueprint”). 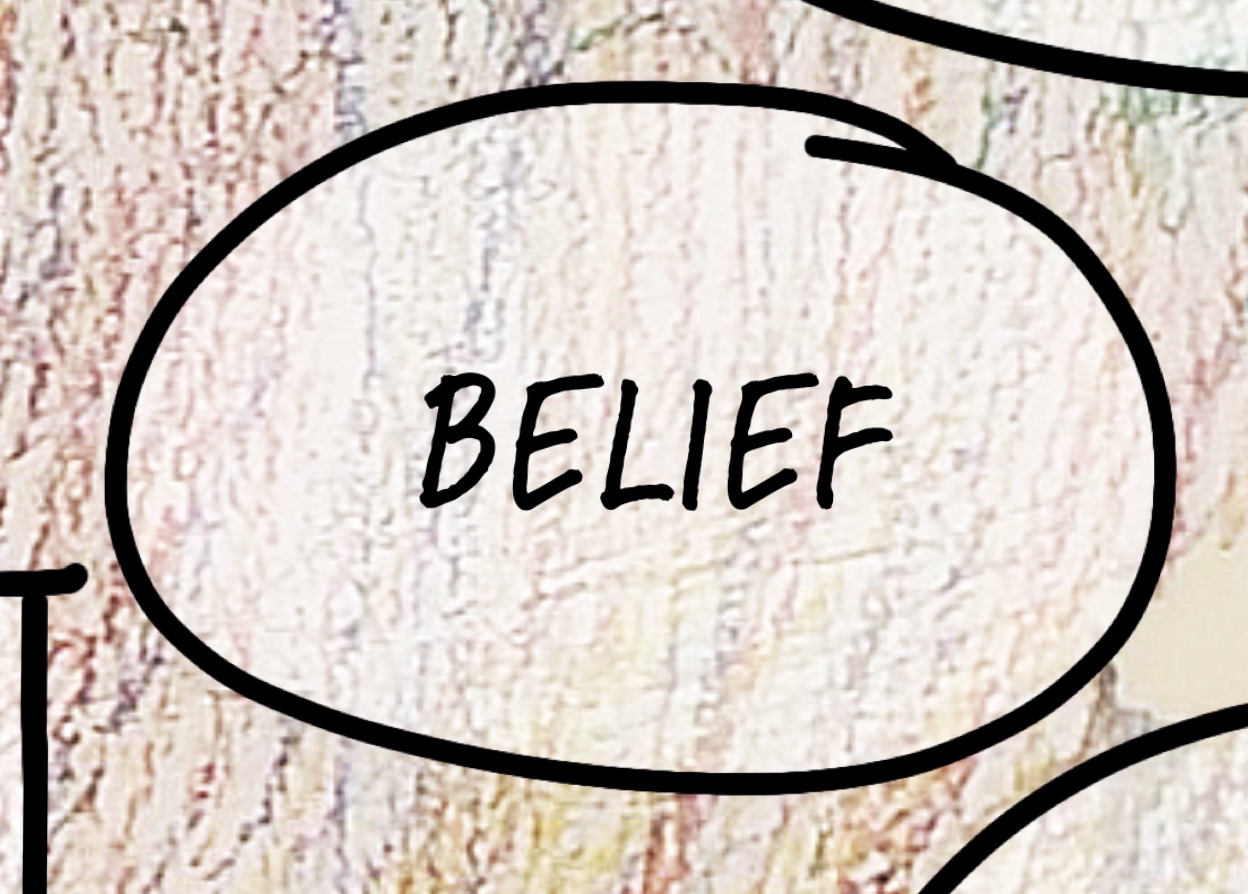 When don’t have to enter any kind of spaceship in order to get closer to higher intelligence! Since every sensed thought has the effort to become real, everyone – according to the principle of the emotional directions – can perceive this power individually in oneself. (see enclosure “creative-performance-matrix”).

But we have learned to mistrust pictures and block their main emotional linking which sometimes can lead to absurd substitutional linkages.
We do “believe” though in our ears and our emotions. And if the “will” competes against the “believe” it will always be the “believe” that results to be the winner! 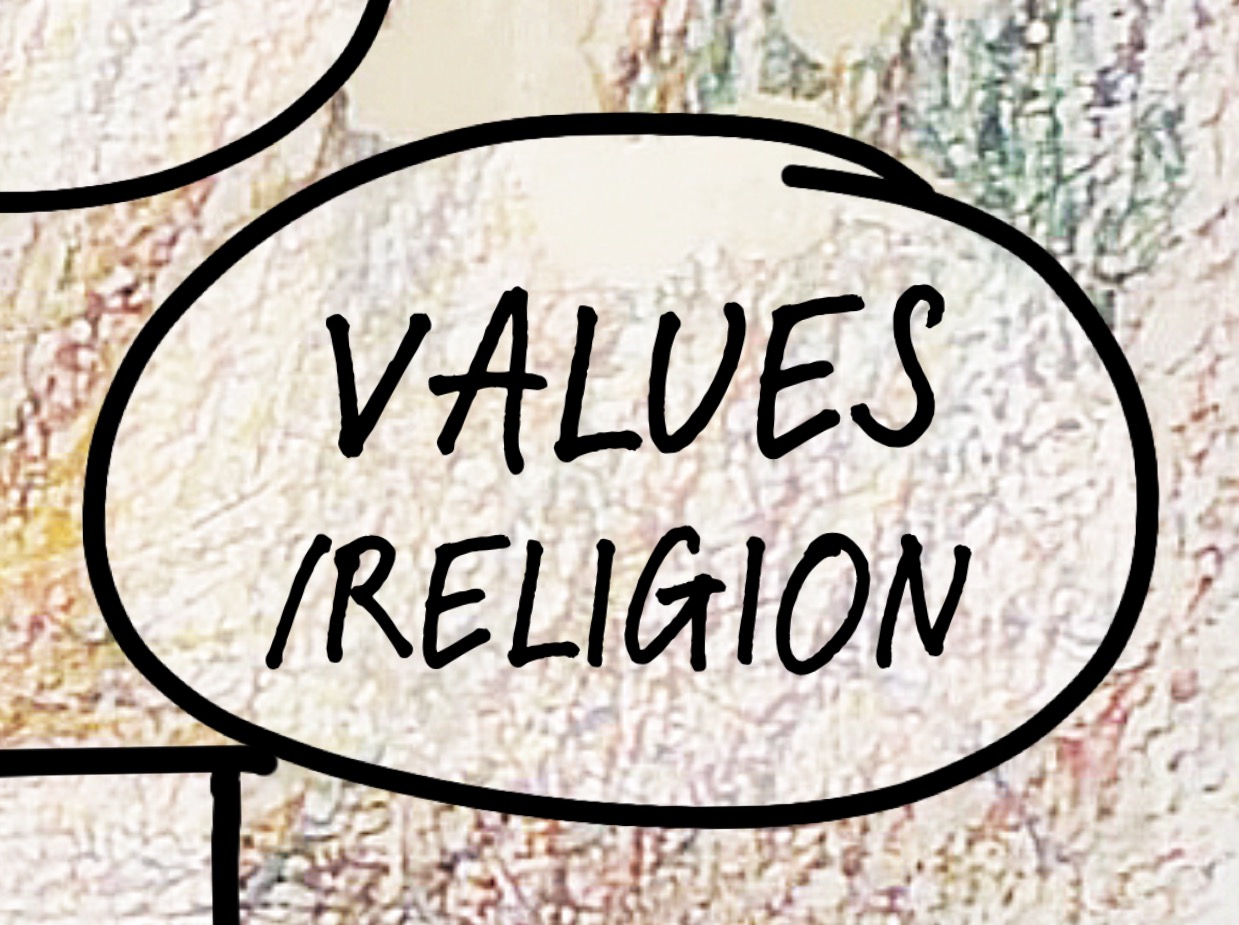 What does a religion look like in which “all humans are in accordance”?
Aldous Huxley gives the answer to this question in his book “The Perennial Philosophy”. After examining all cultures, philosophies, eras and countries, from stone-age cave-paintings until contemporary advanced civilizations, he defined three points in which all humans, of all times and countries correspond:

The interface of all religions can therefore be called the “Construction of the encompassing humanity”. 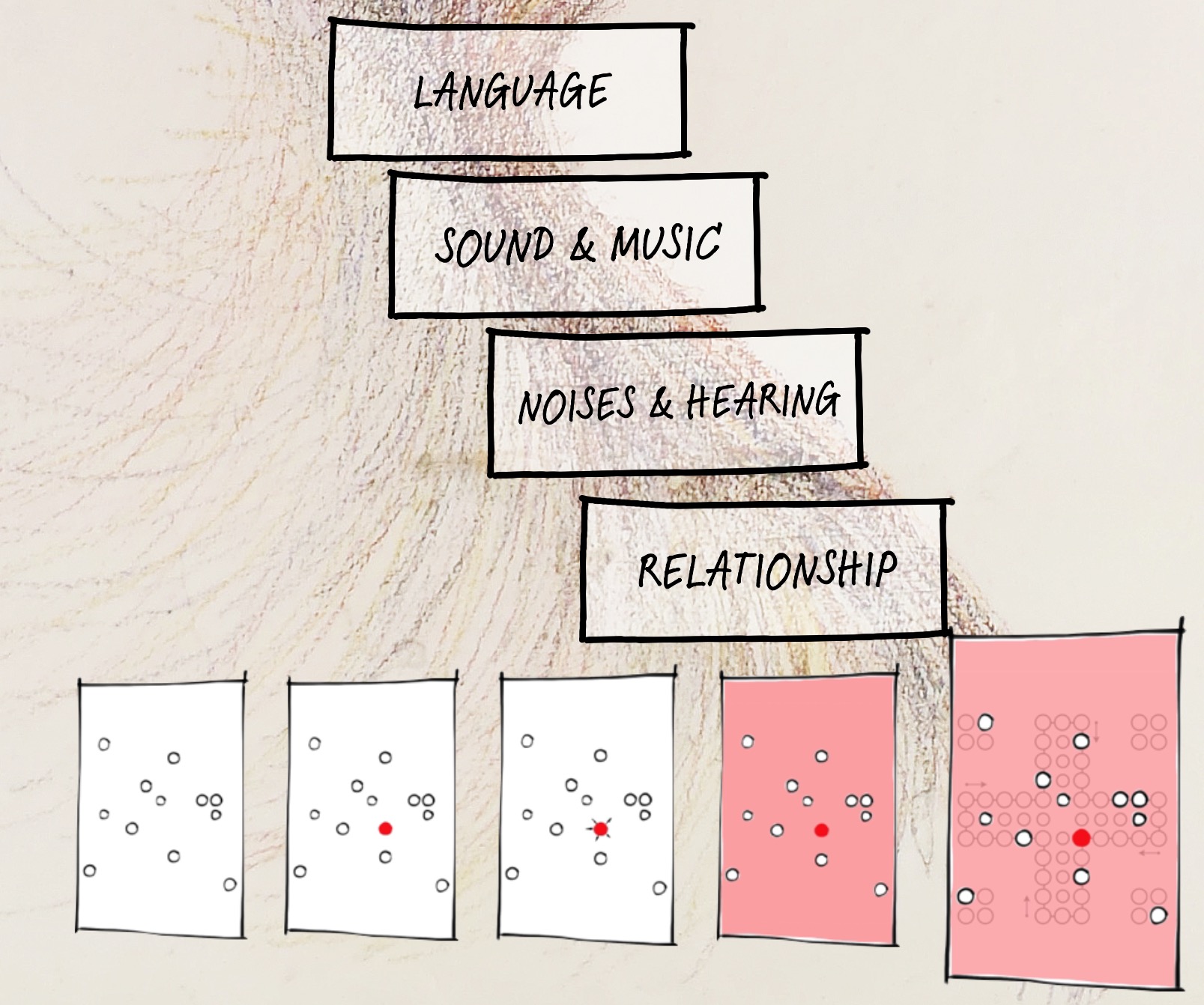 The trunk and roots area of this blueprint shows in which way the NANA-PROJECT carries the users emotionally. How the “self-image” with reference to the whole is being anchored in the cultural value system through relationships, acoustic stimuli, music and in the end also language. 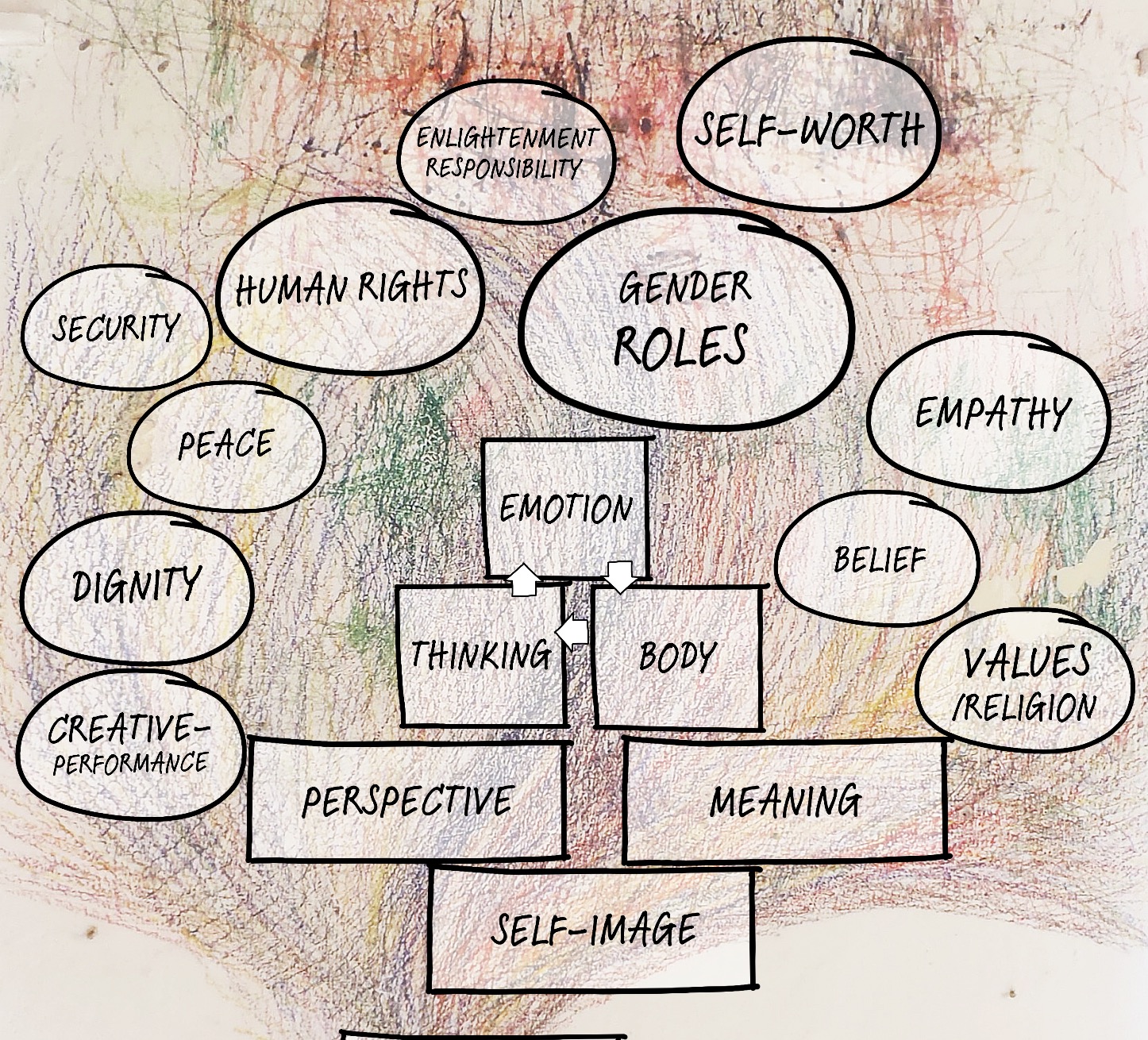 The treetop of this blueprint illustrates how the NANA-PROJECT mobilizes the potentials and possibilities of expressions of the users. The self-image, which is simultaneously experienced via thinking, emotions and the body, will only then express itself, when there are rewarding perspectives AND the way seems to make sense emotionally. (see enclosure “creative-performance-matrix”). 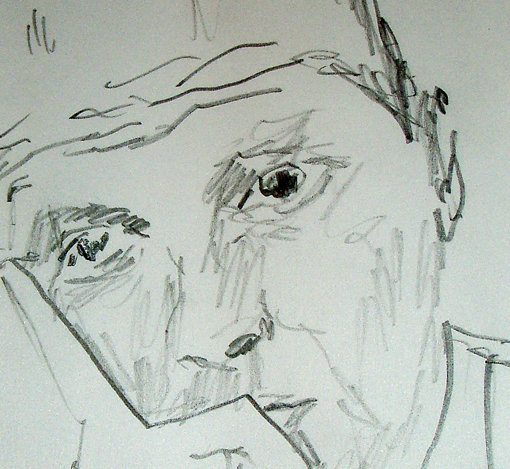 Leonhard Kubizek began his professional career as a musician (1982: “Musician of the year” ORF and laureate “International Young Musician of the Year” BBC; 1983: Debut at the Salzburg Festival with Mozarts clarinets concert), professional magician and director.

He has Europe’s only chair for the topic “Mental Directing” and has been/is being disseminated in leading scientific publications.
Since 1988 he executes advisory functions with and for performing artists (among others Jeff Goldblum, Kiefer Sutherland) orchestras (e.g. Vienna Symphony Orchestra, Vienna Philharmonic Orchestra), broadcaster (like ORF, WQED, Pro7, MTV) and film companies (inter alia Warner Bro., Pittsburgh). 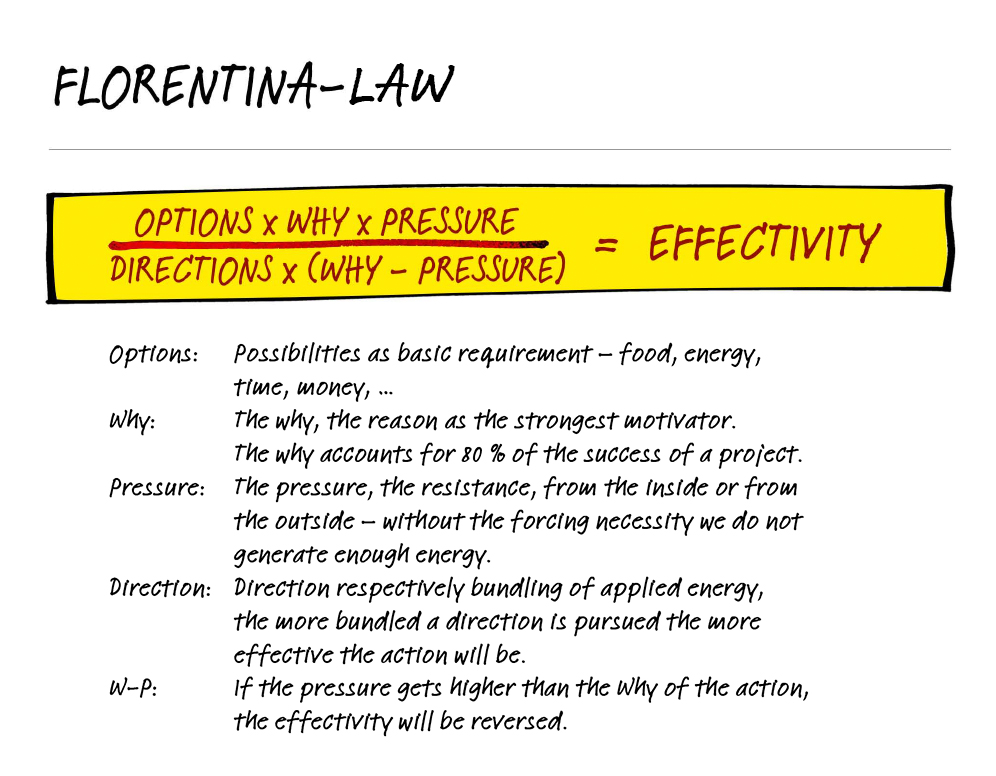 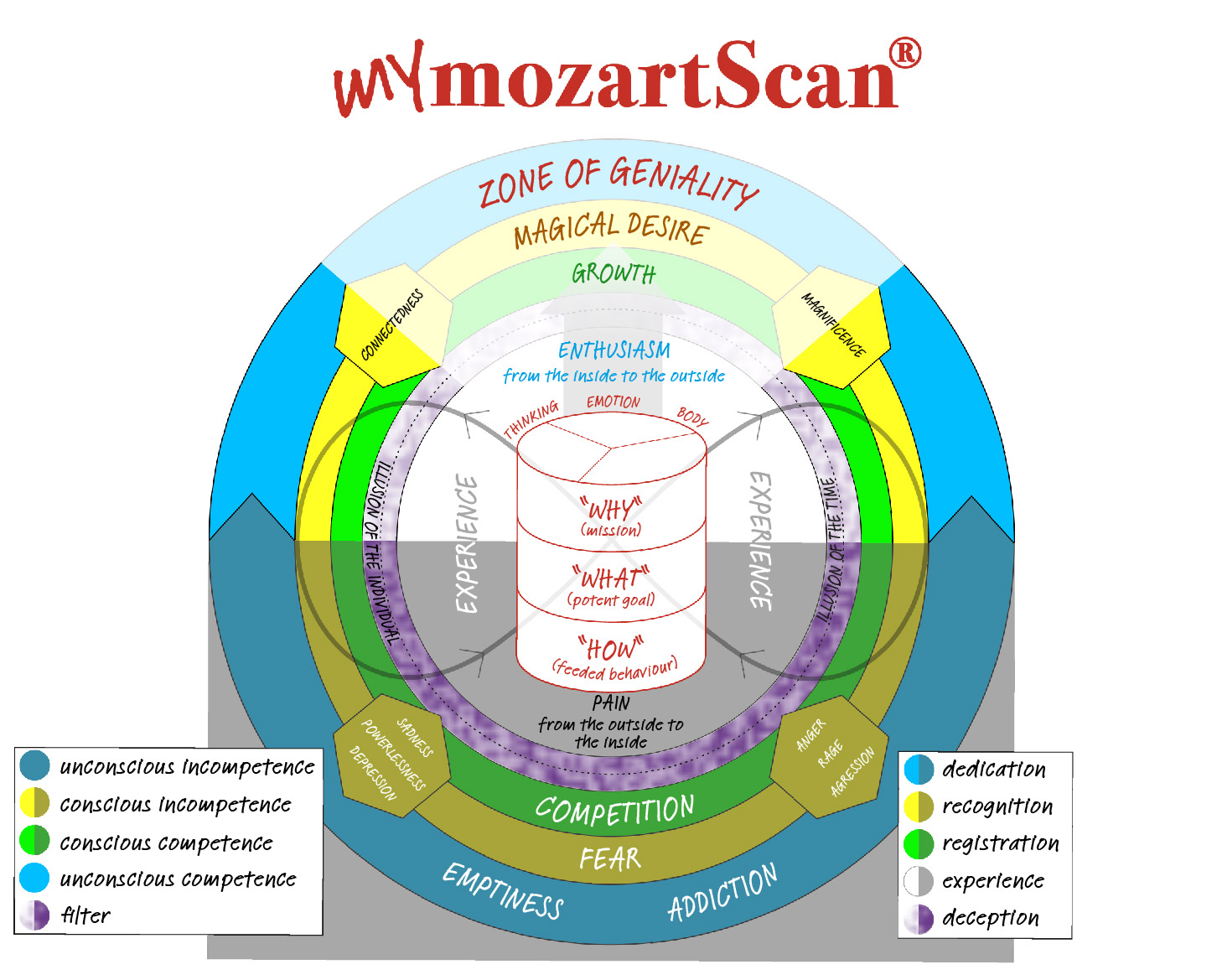 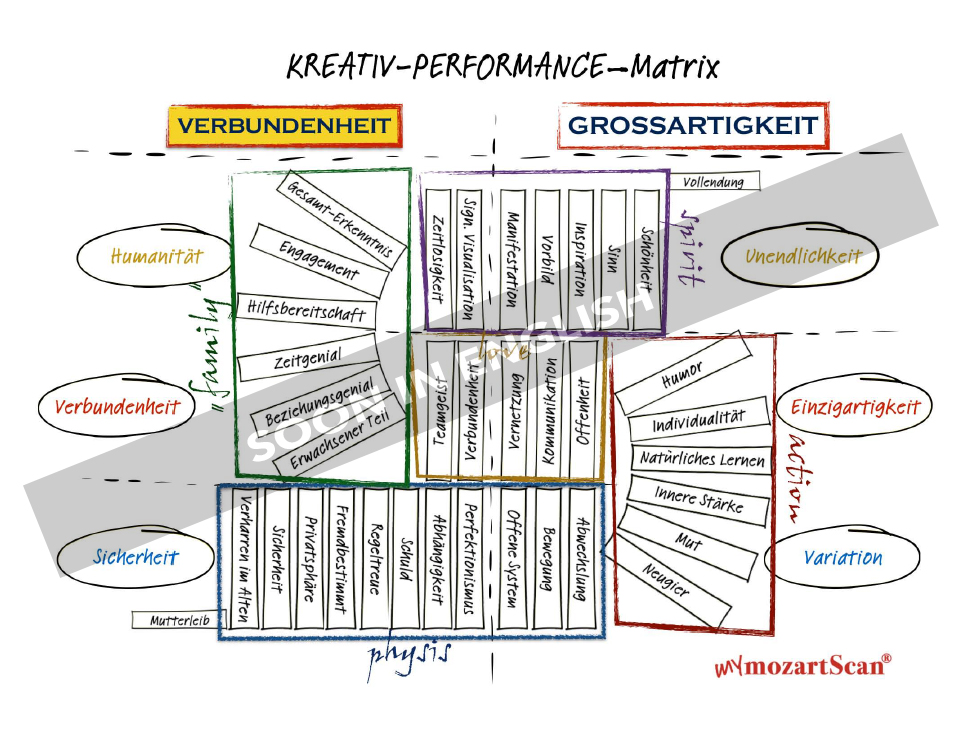